Creating an Environment for the Future

Over the years, Accurate Box has made great strides towards reducing our carbon footprint by adopting environmentally conscious policies, sustainable business processes, and laying the groundwork of a greener future. As a fourth-generation family business, we place great value in maintaining standards of respect and responsibility. Therefore, we are constantly looking for new and innovative ways to give back to our environment as well as the surrounding Paterson community.

Manufacture Products That Are 100% Recyclable

At Accurate Box, we take care in making sure the customer receives the highest and strongest quality of box. All corrugated packaging made at our plant is 100% recyclable, and each box is created using environmentally friendly, certified vegetable-based inks.

Under Accurate Box’s environmental policy, all paper suppliers are required to be certified by the Sustainable Forestry Initiative (SFI®), Forest Stewardship Council (FSC®) and/or Programme for the Endorsement of Forest Certification (PEFC).

All vegetable inks used in the manufacturing process at Accurate Box are certified by the National Association of Printing Ink Manufacturers under the Bio-Derived Renewable Content Certification Program. In vegetable-based inks, vegetable oil, such as soybean or corn oil, is substituted for petroleum as the pigment carrier, reducing the number of VOCs (volatile organic compounds) released into the air during printing.

Sourcing consciously: Accurate Box Company sources paper from certified SFI®, FSC® and/or PEFC vendors. These suppliers are committed to maintaining, overseeing and improving sustainable forest lands while promoting forestry growth. Our paper is made of mixed hard and soft woods, including Birch, Eucalyptus and Southern Loblolly Pine, to make strong paperboard that is converted into durable packaging.

Re-invest Time and Resources Into a Greener Facility

Accurate Box takes great effort to dedicate time and funding back to our surrounding community for a cleaner and brighter future. Between 2015 and 2017, with the support of Grow NJ, Accurate Box invested approximately $19.8 million to renovate and expand to over 400,000 square feet.

As a result of the expansion, Accurate was able to create more space and improve portions of the original building. The entire new section was constructed under NJ green energy standards, which is the equivalent of LEED Silver. Additionally, the renovations gave Accurate Box the opportunity to remain in the Paterson community and retain more than 200 employees while creating over 50 new jobs.

In 2019, Accurate Box began another green project of installing solar panels on our roof. The entire system is 1 Mega-Watt and is capable of supplying up to 20% of Accurate’s electrical needs throughout its facility.

Investing in our Facility

Expansion improvements: Accurate Box took the steps to create a new state-of-the-art facility in accordance with NJ green energy standards, which is the equivalent of LEED Silver. All lighting installed in the new building is LED energy-efficient, and approximately 650 fixtures in the old building were converted from fluorescent lighting to LEDs in order to help reduce our carbon footprint. While investing in new products, Accurate Box replaced all gas-powered forklifts in the facility with battery-operated forklifts. 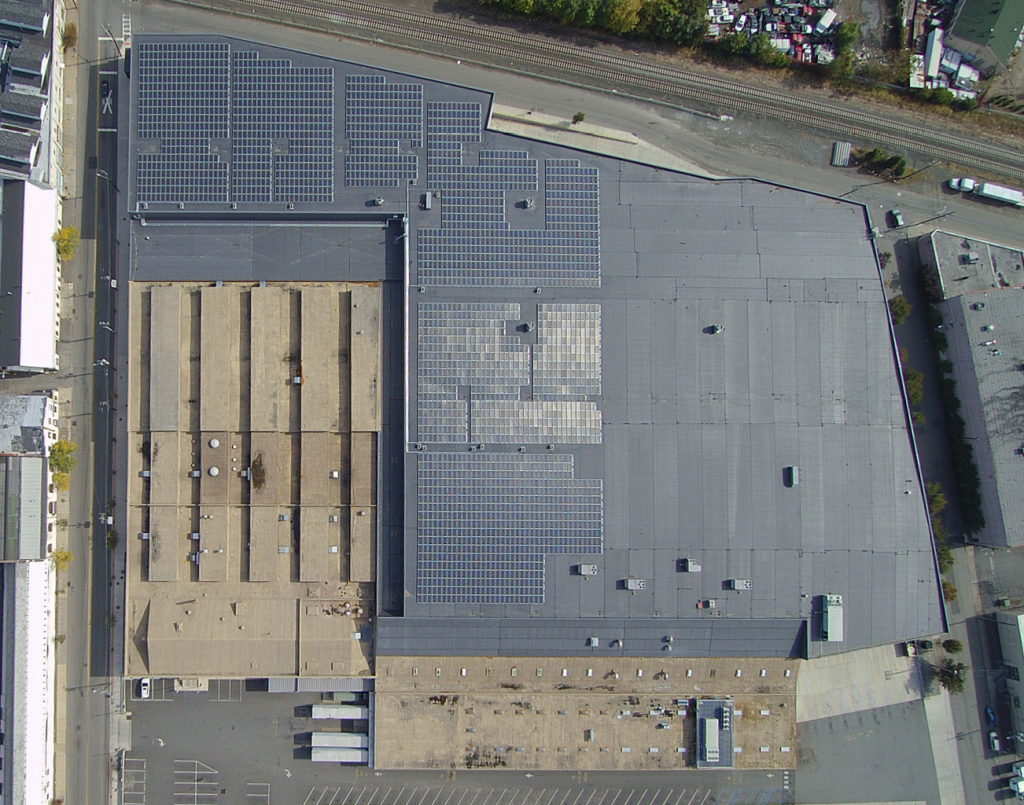 Solar panel installation: Each year, Accurate Box and the Corporate Sustainability Team work hard to bring the company closer to a greener future. Over the course of six months, solar panels were installed on the roof of Accurate’s 400,000 sq. ft. New Jersey facility. The entire system is 1 Mega-Watt and is capable of supplying up to 20% of Accurate’s electrical needs throughout its facility. The use of these solar panels by Accurate means that we are reducing our carbon footprint even further, and we will be saving over 10% per year in electrical costs.

Accurate Box is currently in the process of expanding our solar panel system. By the end of 2022, the entirety of Accurate's roof will be covered in panels, almost doubling our system.

Use Strategic Manufacturing and Distribution Tactics to Reduce Our Carbon Footprint

Accurate Box Company understands the importance of consistently working hard and creatively to improve our practices. Our in-house research and development team headlines this objective with the regular evaluation of new high-performing and lightweight substrates. Consistent testing of these materials allows Accurate Box to remain on the leading edge of environmental stewardship (fiber reduction and increased recyclables) without compromising product performance.

Additionally, our corrugated shipping materials are cost-effective, lightweight, recyclable, and versatile. Because our corrugated boxes can be used as most primary packaging, customers are able to cut down or eliminate secondary and/or excess packaging by creating custom boxes specifically designed to fit their product.

Reduction in Board Fiber

Stronger, lighter boxes use less material: A high-graphic corrugated box contains 15% less fiber than cartons. A carton made from 30-point virgin SUS board has a normal basis weight of 114 pounds whereas a high-graphic corrugated box has a normal basis weight of 97 pounds consisting of a top sheet, medium, and liner. This equates to a 15% fiber reduction for corrugated boxes. In the case of recycled fiber, our boxes represent a 19% fiber reduction.