Accurate Box Company was founded in 1944 by Henry Hirsh, originally as a small folding carton company in Newark, NJ.  In the 1960s, Henry’s son, Charles Hirsh, took over the business.  Under his guidance, the company experienced tremendous growth.  Hirsh’s vision led to the marriage of graphics to corrugated (litho-lamination) in the 1970s as Accurate Box became one of the first companies in the United States to purchase an Asitrade, an in-line corrugator/laminator.  By the 1980s, Accurate Box had outgrown its manufacturing plant and moved to its current nine-acre location in Paterson, NJ.  Charles’ daughter, Lisa Hirsh, and her husband, Mark Schlossman, joined the company during this time.  In the mid-1990s, Lisa Hirsh became president and maintained the tradition of reinvesting in the company’s future.  Under Lisa’s direction, we continue to modernize and expand our capacity while taking prominent steps toward manufacturing more sustainable products.  Today, Accurate Box is women-owned, celebrating 79 years in business, and one of the largest independent box manufactures of litho-laminated packaging in the United States. as a folding carton company. The original

and a Model A Gluer. 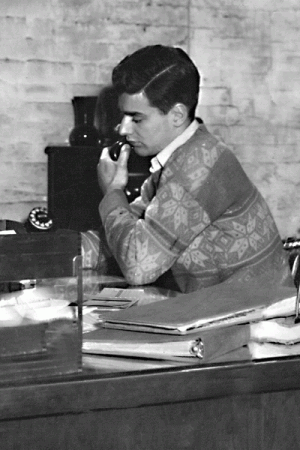 his dad run the business. 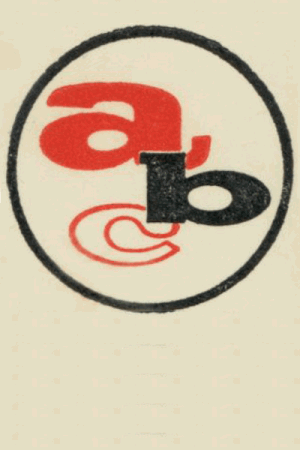 As father and son work side by side, 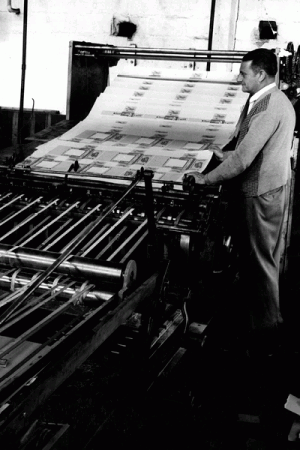 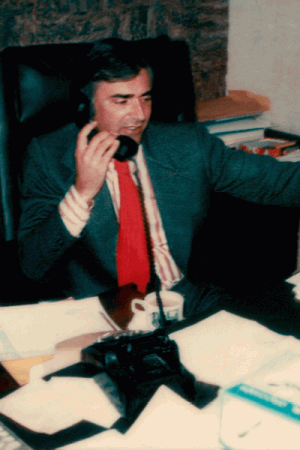 After his father passes away, Charlie Hirsh

becomes president of Accurate Box at the Accurate Box expands its facility in popular process only in Europe at the

from the folding carton industry to

becoming one of the first and most Lisa Hirsh, daughter of Charlie, and her

was only 10% of the total business during 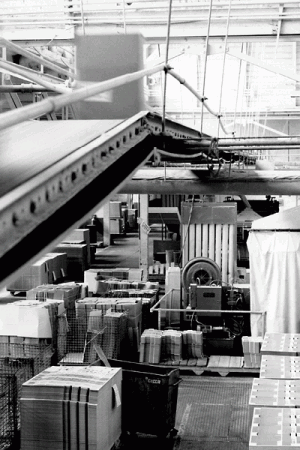 Accurate Box Company moves into a increase becoming 50% of the total

business for Accurate Box. With this

one of the 1st Asitrade Laminators to exist out folding cartons and to fully focus on president and completes the acquisition

of the company from her father. This

makes Accurate Box one of the largest Mark Schlossman is promoted to

Executive Vice President of Sales and

newest version of the Astirade Laminator Accurate Box becomes certified for the

design and manufacture of litho-laminated

packaging in compliance with the milestones and establishes the company’s manufacturer with this machine. upgrades its capabilities with the

installation of a new Asitrade Laminator.

The company forms a successful alliance

their customer base nationally.

As demand increases, a second laminator success of the company’s positive The team welcomes the 4th generation of

Accurate Box is honored as a Manufacturer

finalist. The company invests in for three consecutive years with zero

The company begins a 2+ year expansion

project on the Paterson facility. expansion project making its facility over

to increase its workforce by over 35%.

Charlie Hirsh is also recognized by

Paterson alongside honorees who have

demonstrated a lifelong commitment to

for building a family business legacy

of providing support to employees that

are military members and their families. for food safety systems and prerequisite

programs based on existing standards

established by the Global Food Safety equipment, including a new digital press, a

Robots. With the installation of the new

coating capabilities which enables the

consistency throughout all print runs. for calibrating printing presses and milestones as it celebrates 75 years in

business and the 90th birthday of Charlie

Hirsh. Accurate Box is also named one of It keeps its iconic Chameleon mascot that

chameleon adapts to any environment. entire system is 1 Mega-Watt and is

capable of supplying up to 20% of

Accurate’s electrical needs throughout its Accurate Box takes a big step in its printing

capabilities by purchasing a high-speed

to print double-sided boxes in-house at

lower costs and lower minimums than

ever before! The company also invests in a Accurate Box is excited to continue

growing as an independent and family-

committed to the quality and integrity of

its products and the needs of its